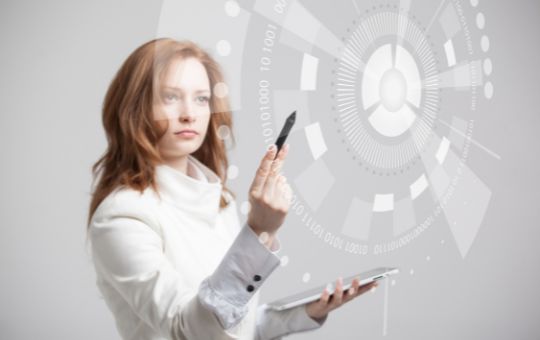 Technology a Big Player in Australia’s Future of Work

What Maree Herath observed back on an episode of Four Corners in 2016 may still be relevant today.

“Fifteen-year-olds in Australia today have not got the levels of digital proficiency, financial literacy and also the ability to communicate, present …enterprising skills and other transferable skills.”

I watched Four Corners as its show “Future Proof” caught my attention.

I am often asked, where are the jobs of the future. What will stay, what will go and what will be new?

Four Corners provided a succinct interpretation of the changing face of the job market – and that was before the pandemic!

Some experts predicted more than 40 per cent of jobs in Australia may disappear over the next 10 to 15 years – that’s 5 million jobs!!

They will be replaced by automation and a new generation of computers learning to think for themselves.

But as jobs disappear new ones are being created. So, what will those jobs of the future look like? And are we educating our children to be ready for them?

Geoff Thompson from Four Corners reported on this key topic.

After heading to South Australia Geoff saw four schools that were programming robots to do simple tasks. This helps children learn computer coding, a skill they’ll need to control technology and compete with it for the jobs of the future.

It even has the children thinking, if robots start to take over some of the traditional jobs, unless they are coding or programming, operating or repairing these robots in some way, the key question is what type of job can’t a robot take over?

BEN LIQUETE, CODER DOJO who facilitates a handful of volunteers that are mentoring children to learn how to code is passionate as he says “I believe that coding is the next layer of literacy. Wherever you go you see people using software, you see parents giving their kids iPhones, I’ll go to an airport and I’ll see a parent trying to fob off their child by giving them an Ipad. We shouldn’t just be consuming it ad infinitum, we should be writing it as well.”

JAN OWEN said, “What we don’t have in Australia is the proficiency or the numbers of young people who can make it, break it and build it. Coding is a great skill – very soon computers are going to be able to code to each other, so again it’s not actually the coding, it’s what’s the skillset that you’re teaching underneath coding, you know, algorithms, it’s problem solving, it’s critical thinking.”

Geoff reported “Machines have been replacing human workers since the industrial revolution. Since then any routine, repeatable task has been an endangered job. Now automation has broken free of the factory to overtake more complex arenas of human labour. The introduction of robots at Sydney’s Port Botany cut the number of dock workers in half.”

Hugh Durrant-Whyte, University of Sydney helped automate the ports in Port Botany and Brisbane. On the other side of the country he led the development of driverless trucks for Rio Tinto’s mines in the Pilbara. With driverless semi-trailers already being tested around the world, long-haul trucking jobs may soon succumb to the robot revolution.

BERNARD SALT, Demographer from KPMG supports this stating “There is no doubt that truck drivers are on the front line, they’re in one of the top ten occupations in Australia. So I would see a significant level of structural change particularly at that occupation as the driverless vehicles make their way forward.

GEOFF further elaborates. If bank tellers, supermarket check-out staff and airline check-in staff have already been pushed aside by technology. The next wave of automation will be driven by cognitive computers, which learn to solve complex problems by themselves.

MONICA WILLIAMS, ASSOCIATION OF INDEPENDENT SCHOOLS SA commented during the interview “If the children are going to be in a world where there are already robots, having an understanding about how they can be used in an ethical way and how jobs can be created around those robots has to be the best way to help them with the thinking and the sort of learning they need to be well-equipped for the world they are going into.”

JON WILLIAMS PWC mentions “We need more people with those pure hard skills in science technology engineering and maths (STEM). The second revolution is in learning how to learn, learning how to build, learning how to design because that can be applied throughout someone’s life to solve all sorts of problems as technology change changes.”

Fifteen-year-olds in Australia today have not got the levels of digital proficiency, financial literacy and also the ability to communicate, present …enterprising skills and other transferrable skills. If they don’t have those skills, they’re going to find it really hard to navigate a very flexible career that has a whole heap of casual and other work going on in it.” She concluded “We could start working with 12 year olds today, by the time they’ve done six years of high school and they’re 18, we could genuinely have changed their trajectory if we focussed on some of these education changes that need to happen and we could genuinely set them up and then therefore Australia up for a very different future.”

The Future of Work. Join the conversation with industry experts.  20 July 2022 Geelong. Reserve your spot today!