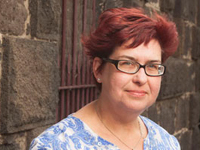 Harvest Recruitment had the privilege of meeting Geelong Engineer, Vicki Shelton, some years ago at an Engineers Australia conference and Vicki and Harvest Director, Maree Herath still catch up to this day, whether discussing business, sport, travel or theatre; all interests Maree and Vicki share.

As she dabbled in Podcast interviews, Vicki agreed to be interviewed by Maree leading up to International Women’s Day where Maree learnt more about Vicki’s road to career success. The interview follows:

Tell us about yourself.

I’m Vicki Shelton, currently Acting Director of the Department of Engineering at COGG (City of Greater Geelong). I’ve worked 27 years in local government. My start came when I did three months’ work experience between second and third year as an intern at South Barwon City Council. The following year I got three months at the City of Geelong (a smaller council) and whilst I was still at the final year of exams, I got an interview at Geelong. Luckily enough I got the role.

I was straight out of uni and straight into a construction engineering role. I was on site with the contractors, and supervising works and getting my feet dirty but also in the office, looking after contract and customer.

The way I was brought up was to go to school, go to uni and get a job. In high school I was the only female doing Maths, Science, Chemistry projects, and that seemed normal. I still did Accounting and Art, but Engineering seemed more practical. I realized I had 2 cousins as Engineers in local Government. And when I went to uni there were 2 female engineers who started, 2 out of 70! At first year, you do everything! Civil was always going to be the stream that interested me. The practical side of it is you’re outdoors, not always in the office. It’s not little widgets floating around or electricity but always something you can see and feel. You’re doing stuff, like building works, that are there for the community.

I was taught that wherever you are is where you are and that is where you contribute. I guess coming from a rural community background, you’re a bit resilient and practical. For me, going to local Government made sense. Looking back from where I am now, even though I’ve been there a number of years, every 4-5 years a new opportunity has come up and I’ve taken it. Sometimes the opportunities seem to have been presented to me… but I’d like to think it was because I actually made the effort and have shown that I could do the job.

I had a number of opportunities for Acting roles, where I stepped in and looked after a team of 10 engineers. That gave me the good grounding to say “I can do this” when other things came along. And that’s what happened.

For me it was getting out there and getting my feet wet or dirty and seeing what’s happening onsite. I was there talking to the contractors and the outdoor staff and actually learning from them, how they do it and how we could do it better. I learnt something new everyday.

Reflecting back, what were some of the pivotal moments or decisions for you?

I think when I first started as a graduate, I actually did some more study. My post graduate studies in engineering gave me a better grounding. Doing this while working, I learnt in studies and this was backed by what I was doing everyday.

While in local government, there was an amalgamation of all the municipalities, so 5 councils moved into 1 in Geelong. I lost my job because I was from the smaller council, and I wasn’t well known. Regardless and even though I knew my job was not continuing, I thought, OK. I’ll turn up to work.  I will go to the depot, I’ll organize staff, still do what I’m doing until I finished.

A few weeks later, they did redeployment. I thought, “Right, how do I make myself known and aware?” So that’s when I joined the local branch of the Engineer’s Association – Engineers Australia, in the Women in Engineering Group – which brought with it continuing networking opportunities. I was always a member of Engineers Australia, but it was good to get more involved with the local network. You need to look broader than your own immediate workplace. Not just what you do outside socially or with sport, its actually what you can do in your industry. Its about seeing other people and talking to other people and finding out what they do.

How has it helped you having those connections?

The opportunities I have had have come from those network connections. Many years later, I submitted an application for an overseas study tour over to the UK, USA and Europe, and received that study tour. I went to New Orleans, and Washington and Denmark and Sweden with 4 other engineers from Municipalities Victoria and we wrote some notes on the way back. That was for the Public Works Engineers Association over in America and obviously we have one here in Victoria and I was nominated to be on the board. Luckily enough I was appointed to the board, which was a bit of an acknowledgement for what I had done in my role. In October 2011 I was nominated as Vice President of IPWEA (Institute of Public Works Engineers Australasia) and in October 2012 I became the President, which was a busy role

It’s always a question I get asked. It’s just what I do and it just seems normal and I don’t picture anything different. I guess what is different is if you turn up to a meeting, everyone is in suits and I turn up in a bright pink cardigan and go “where do I fit here?” Sometimes I have been made to ask the coffee, Vicki reflected.

You’ve got to have that presence in the room, so if you are there, you go in, you put your name tag, you say hello and introduce yourself. Its not always natural for women to do that; to put yourself forward. It’s about making an effort to make those connections.

Vicki’s career started based on her technical expertise but it was her network, her connections, her influence and her confidence to put herself forward that has yielded greater advancement opportunities.

If you’re stuck when it comes to your career pathways, why not get in contact with Harvest Career’s Specialist, Meredith Telfer.