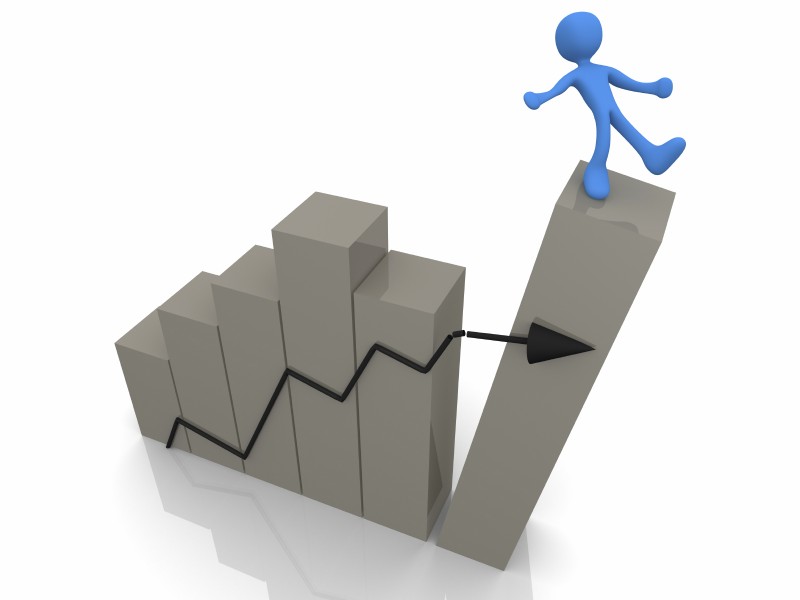 It was this time five years ago I contemplated starting my own business. With third, and last child added to the brood, full-time work didn’t fit with the family mould. I wanted to do something; use my skills and most importantly work flexible hours. What’s more I had recently shifted back to my hometown, Geelong, after 20 years away. Although I had worked in capital cities; Melbourne, Perth and Hong Kong, I had never worked in my profession in the region. Bursting with enthusiasm and optimism I developed my business plan, engaged a marketing consultant and had a brand and logo. I was ready to launch!

My first clients were my faithful ones from Perth. I have them to thank for my first year’s income. I was a known entity in WA and it was easier to launch with pre-existing relationships while I got myself known, or let’s say reacquainted, in Geelong and Melbourne.

I was bold! I contacted companies who didn’t know me nor my company and persuaded them to consider using my services. I joined the local Chamber, BNI (Business Networking International) and, found myself at a number of events rubbing shoulders with key decision makers. Momentum was building.

On the family front I had an 18month old, a four year old and a six year old. Personally I could not afford to work more than 20 hours a week as I was juggling caring for the family with my husband, who was relief teaching across the local schools.

A Helping Hand
It was a compliment that I had enough “cred” that clients were seeking me out for more assistance. But I was time poor. The first breakthrough came when my husband decided teaching was not fulfilling enough. He saw his passionate wife loving what she was doing and earning enough for us both. He stopped teaching and with his finance skills became a part-time resource, doing the back office (accounts, invoices, BAS and Tax) for the business. This solopreneur period was fun. I worked enough to generate a solid income and we were lean. We got busier.

A Flexible Resource
It wasn’t long before I could not keep up with the work. I had clients demanding my recruitment services in Perth while Geelong and Melbourne, were building. My eldest boy was in Grade 1 and I was friendly with the parent community. I was telling one friend my woes of this business that was getting a little out of hand. She knew another mum, whose sister was looking for some part-time work. With HR experience, qualifications in psychology and solid administrative skills, I needed to take the risk. Jeri came on casually. She invoiced me as and when she worked. We aimed for eight hours per week and Jeri’s limit (around her family) was 20 hours. At the same time an old colleague from Perth approached me asking if he could work for me. Aargh! I was only in my 2nd year and I was worried I couldn’t afford one resource and I had two. I was transparent with what I could offer and, I have to admit, it was below market rate but both individuals joined on contract/casual basis. This was perfect because I could switch them off or on as my business ebbed and flowed.

Employment
My Perth Contractor placed himself with our client. It wasn’t bad as we still gained the placement fee so he well and truly paid for himself. The trial had worked and it showed growth was possible. I brought on my first full time employee in our second year. A recruitment consultant in Perth. Anna. She worked home office, as did I as well as Jeri who had now moved from Geelong to Queensland. We had this tiny, national business. Jeri and Anna became permanent employees. Anna permanent full-time, Jeri permanent part-time. We had become an employer and responsible to others (other than ourselves). In addition was the scaling of salaries, superannuation payments, PAYG tax withholding and insurances especially workcover… In three States! Luckily my husband could scale his hours to accommodate a small payroll. I can confidently say I would have gone under fast had I not delegated payroll, tax, insurances and accounts payable/receivable duties. I could focus on gaining and servicing clients and was confident the paperwork side was getting done.

Big Steps
With solid revenue and profit growth we kept going and growing. It was time to secure some real estate. We had dabbled in home office and sublet offices but it was the appointment of our Geelong consultant that made our “sublet” arrangement no longer feasible. In securing an office, cheap and cheerful was the aim. A roof over our head and not much more. Still, it was more. More expenses, the office, office equipment, staff, suppliers. In our third year the business was under stress. We were waiting for our new staff to perform. Our Perth consultant no longer wanted to work home office and left and my amazing admin resource went off on maternity leave. The business wasn’t as easy nor flexible as it was.

A Rocky Road
OMG! I was about to become a small business statistic! Staff were taking too long to become profitable and I didn’t make the tough decisions fast enough. I had never dreamt that something I was so passionate about and talented in was about to fail. We consolidated. The big steps taken were reversed in a similar time-frame.

The Turnaround
My third year showed how vulnerable you can be in small business. One moment basking in success and the next in a state of panic wondering how you can afford the mounting expenses. It was hard-work but we survived “the dip” and were growing again.

Conservative Growth
I would never think failure could give rise to a better growth period. After clawing our way back my decision making was clearer. I didn’t stay in the consolidated structure long. Encouraged by my business colleagues I commenced hiring again. This time I hired staff on attributes and attitude and supported them to achieve their career desires. Non-performers were not tolerated.

A Strong Unit
Today, as we celebrate five years I look back to the success and the learning. I have a wonderful team. Anna is back in Perth and she has a beautiful office in the CBD. We are still in our “affordable” office in Geelong, but it has had a facelift. We have Jeri who comes and goes as she grows her family, my husband who still supports us in the back-office and an energetic, passionate team in Geelong.

I am confident I have the foundations for growth. With a team of six, we use contractors, we outsource offshore as required and have casual, part-time and full-time staffing arrangements. It works. While life as a small business owner is always busy and, at times stressful…It is invigorating. I am in my zone, doing what I love and charting a future. Assisting my clients gain great recruitment outcomes, building a team and contributing to the community. This is where I want to be. I wouldn’t trade it for the world!

Maree Herath is Director of Harvest Recruitment and Harvest Human Resources. Maree can guide a small company as they grow as she brings a practical insight based on her years of growing her boutique practice.