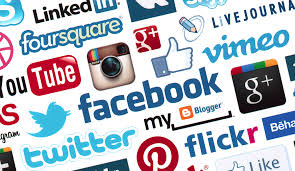 What media channels can I use to source candidates?

Over the past 20 years’ I have personally witnessed the huge choice recruitment agencies and Recruitment Managers have at their disposal for sourcing candidates.

Candidate sourcing channels have opened up significantly over the past decade and like many services we are spoilt for choice. However with the ease of use and application, sourcing appropriate candidates through new media cannels can at times be likened to opening Pandora’s Box. For this reason it is important that proactive managers know which media channels are the best to use and which will give them a sufficient number of appropriately skilled candidates from which to make a hiring decision.

Job boards are a popular stream for job seekers as they pose a modern twist on your classic newspaper classified advertisements. For this reason it is a common channel used by mature job seekers because it is a format of application they are most familiar with. This is not to say that your use of this channel will return results geared towards a more mature workforce. Younger generations who have been brought up using internet technologies tend to research and source work predominantly through an online environment, meaning you are likely to return a diverse range of ages.

Job boards host the added benefit of posting advertisements directly to candidates who have registered for a certain category, classification and or location. SEEK, Career One and My Career host the largest market share for Australian job seekers. The major benefits associated with using job boards like these is that they are incredibly easy for candidates to apply both in terms of application and access via internet and mobile technologies. The ease of application process means that you will gain a volume of candidates for consideration, which is both a positive and a negative. Negative because this will often leave managers inundated with responses, including many inappropriate candidates who think they are capable and applicable, when in fact they have not read the job requirements.

Many job seekers conduct direct search engine searches seeking out opportunities. By carefully crafting an advertisement using key words that job seekers are likely to search you are more likely more likely to directly drive them to your careers page. The option of the online company careers page also provides for simplified sharing of the position. This can allow both those inside and outside your network to share the position vacancy with those they’re connected to. It also informs those trawling your website who want to work for you of positions available.

There are two pretexts under which organisations can use Twitter to effectively:

Importantly, use the hashtag function to your advantage. Savvy jobseekers will be searching #jobs or #region #jobs. Twitter is an extremely useful research tool, so make sure that you can be found.

With a LinkedIn account you can advertise vacancies or post job advertisements to a discipline group in which your candidate may gather. LinkedIn can also be useful for screening candidates

With Google being the search engine of choice in Australia and it now allows you to develop ads delivered to customers who enter key word searches. These ads have similar effects to job boards as in they have the ability to reach a much broader audience. This is rather new way to advertise vacancies, for which there is a number of companies taking advantage of this technology, who will help you develop search engine optimised (SEO) advertisements that will rank well with Google.

Doctors, engineers and lawyers amongst many other professionals have their own specific journals, magazines and newsletters. If you are looking for this specific level of specialisation it would serve you well to advertise in this select media. It is important to consider how timely the placement for the position needs to be as these types of publications may only be published several times a year.

Let’s not forget the potential of traditional media sources. Posting through media like newspapers or in your own office of shop has the benefit of targeting local talent in your specific region. Job boards on the web are naturally global so they can produce applications from around the world, however a well-crafted advertisement run in local press without internet exposure will work to source local candidates with region specific knowledge. Additionally, if you know the skills of the region, you will know if this will yield the appropriate volume of candidates you seek.

Post written by Maree Herath, Director of Harvest Recruitment and Author of “Bodysnatchers – Unlocking The Secrets of The Recruitment Industry”